Outstanding Warranty Protection
This furnace is covered by what we believe to be one of the best warranties in the indoor home comfort industry. In addition to covering the heat exchanger with a Lifetime Limited Warranty to the original, registered homeowner, if the heat exchanger fails during the first 10 years of ownership, we will replace the entire unit for as long as you own your home. This furnace also has a 10-Year Limited Parts Warranty on all functional parts. 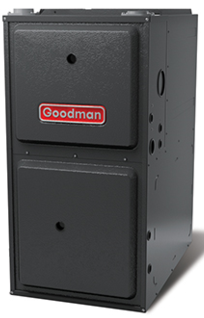 What is Variable Speed Technology?

​- The cost of electricity isn’t getting any cheaper. In fact, the average retail price of electricity has increased from 10.40¢ per Kilowatt in 2006 to 12.55¢ per Kilowatt hour in 2016.1 So, how can you stay comfortable in your home and spend less on utility costs? The answer may lie with a variable speed technology central heating and cooling system!
- Variable speed technology enables a Heating, Ventilation, and Air Conditioning (HVAC) system to precisely adjust its output or capacity according to your home’s temperature demand. Unlike a base model or single speed HVAC system which cycles ON at 100% then OFF, equipment with variable speed technology may use less energy because it is designed to operate at multiple capacity levels.
- When one or more of these variable speed technology features is applied to your HVAC system, you may be able to spend less on utility costs without sacrificing your indoor comfort level.

Variable Speed Fan Motor Technology
- Variable speed technology can also apply to the type of blower motor located in the air handler or gas furnace. A variable speed blower motor can operate at various speeds to precisely control the amount of airflow throughout your home. In the winter, a variable speed blower motor may alleviate the “cold air blow” often associated with single speed furnaces or air handlers.
- According to the Office of Energy Efficiency & Renewable Energy, a variable-speed motor running continuously at a half speed may use up to 75% less power that a single-stage motor uses to move the same amount of air.2

Variable Speed Eases Demand
- If you were in a one-mile bike race, would you take the route with one hill or multiple hills? Which would require more energy?
- Electricity usage peaks when an HVAC system turns ON. A single-speed HVAC system is ON at 100% capacity until it reaches your preset indoor thermostat or control system temperature and then turns OFF. It’s like riding a single speed bike over a series of hilltops. It takes a great deal of energy to keep biking up multiple hills.
- Variable speed technology allows for a more consistent path. It often reduces the impact of a single speed's start/stop cycle, reducing the potential peak draw on your home's electrical service needs. Once your HVAC system reaches the desired indoor temperature, the variable option more precisely adjusts to the less demanding environment, minimizing the capacity required to maintain that temperature compared to a single-speed system. It’s like riding your bike uphill once, then leveling off on a flat road to the finish line — it requires less demand than the hill-laden route.

Added Benefits of Variable Speed Technology
- A variable speed system may run longer than your traditional HVAC system, but at a level that requires less energy. This slow and steady operation offers some additional comfort benefits when compared to a single speed unit.
- Consistent Indoor Comfort – Variable speed technology may minimize the temperature swings often found with single-stage equipment. Rather than shutting down, the variable capacity prolongs the set temperature of your spaces. This allows for steady and consistent comfort in your home.
Dehumidification – The longer an HVAC system runs, the more moisture might be removed from the indoor air. This may improve the balance between temperature and humidity, providing you with more comfortable interior air.
- Air Filtering – The extended run time at lower speeds may also allow more time for the circulating air to interact with filters or additional air quality system components. However, as with traditional systems, it is important to change out your filters according to your HVAC dealer or manufacturer’s recommendation.